At Blizzard Entertainment, I was fortunate enough to be the Technical Art Lead on Heroes of the Storm, Blizzards Epic Action-focused MOBA through its first 64 hero releases.

On Heroes, I hired, trained, and mentored a team of 10 Technical Artists, spanning responsibilities in tools, shaders, effects, optimization and rigging. Together we increased velocity of the team, so that we went from releasing a hero every 5-6 weeks, to every 3 weeks, and eliminated content leaks through improved tooling for both art creation and patch release. 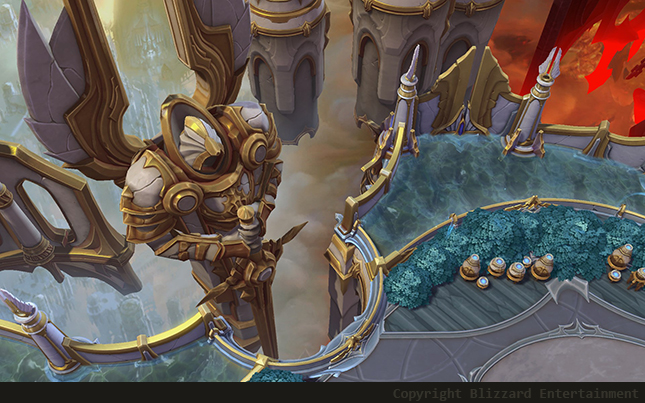 I also fostered techniques, tools, and policies that slashed memory usage, so that we could pursue progressively more ambitious artistic goals. This allowed us to release beautiful maps, like Battlefield of Eternity, and Eternal Shrines, shown above.

Through relentless optimization of the game and our content creation pipeline, we were able to dedicate more time towards increasingly dynamic heroes to show off at BlizzCon. Under my watch, we evolved from the strategic specialist Abathur, to the multi-pronged Lost Vikings, to the Two-player Co-Op ChoGall, to the map-controlling Ragnaros. 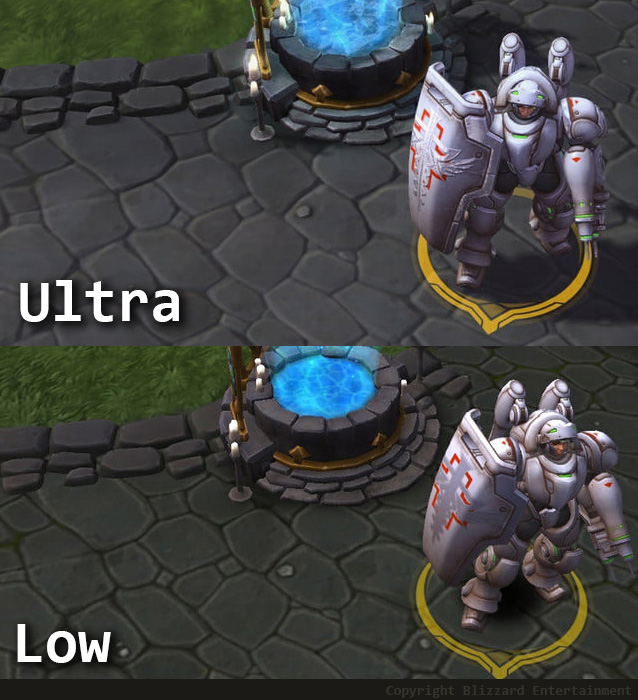 I was also responsible for maintaining performance, tuning assets and settings, and automating bake processes, so that the game had great visuals on a wide range of computers. This allowed a wider install base for the game. The results of those efforts are glowing quotes such as Blizzards built-in high graphical preset provides solid performance without compromising on looks. 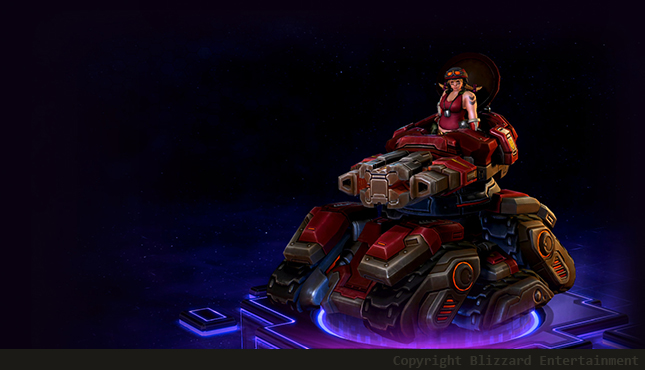 When work overflowed our current capacity or significant technical challenges came up, I also pitched in on production assets. For example, I rigged and sequenced animations for the final implementation of Sgt Hammer, a hero with notable technical complexity. It was my honor to work with Phil Gonzales (Models), Steve Provost (Models), Vadim Bakhlychev (Models), Ted Park (Textures), Sam Didier (Concept), Denny Jovic (Animation), and Lana Bachynski (Animation) to get this hero in the game.